Scores for the Stars, 2020-21, is a two-part series by artist Ander Mikalson commissioned by The Aldrich and dedicated to Frank Stella’s Stars. Part II will occur as a live performance in the Museum’s Sculpture Garden on the summer solstice (June 20, 2021), when the sun is highest in sky. The scores performed on the summer solstice will be about winter.

Scores for the Stars is a pair of performances dedicated to Frank Stella’s Stars.

The performance is choreographed by text, graphic and musical scores.

The summer solstice score is performed by two musicians, Chié Yoshinaka on violin and Amy Selig on cello.

The musicians play the songs as echos, as a call-and-response. Rather than playing entire songs from start to finish, they play selected phrases of music, repeating the phrases, passing them back and forth to each other, with silence in between. It is a dialogue between the performers and between Frank Stella's Stars.

The performers will move around the Sculpture Garden, orbiting the Stars, crossing each other’s paths but remaining always at some distance from each other. They play to the Stars (not to the audience), with deep feeling as one would play to a lover or friend, seeking to commune with the Stars. At times they play behind the Stars, so it is as though the sound is emanating from the Stars themselves, and the two Stars are singing to each other. Each Star is a distinct character with its own voice; the metallic Star the high cry of the violin, the wooden Star the warm tones of the cello.

The songs for the summer performance include:

California Dreamin’ by The Mamas & The Papas

A Long December by Counting Crows

Girl from the North Country by Bob Dylan

Get Me Through December by Alison Kraus and Natalie MacMaster

December, 1963 (Oh What a Night) by Frankie Vallie & The Four Seasons

The Fours Seasons - Winter by Vivaldi

Let it Snow by June Styne and Sammy Cahn

Mikalson said, “On the winter solstice we serenade the Stars with songs about summer. On the summer solstice we serenade the Stars with songs about winter. We play songs of the opposite season in a gesture of longing, of collapsing and layering time, of acknowledging cycles, of grappling with the impossibility of time across distance. When we look at the stars we see light that burned billions of years ago; we literally look into the past. The universe is balanced. Contained within each thing is the possibility of its opposite. In this particularly dark winter of isolation, playing songs of summer is also a gesture of hope.”

Mikalson’s Scores for the Stars was created in response to the exhibition Frank Stella’s Stars, A Survey. It was organized by Education Director Namulen Bayarsaihan and Senior Curator Amy Smith-Stewart. Frank Stella’s Stars, A Survey was on view inside the Museum through May 9, 2021; the outdoor work installed throughout the Museum’s grounds is on view through September 6, 2021.

Ander Mikalson (b. 1983) is a New York-based artist working in performance, sound, sculpture, and drawing. 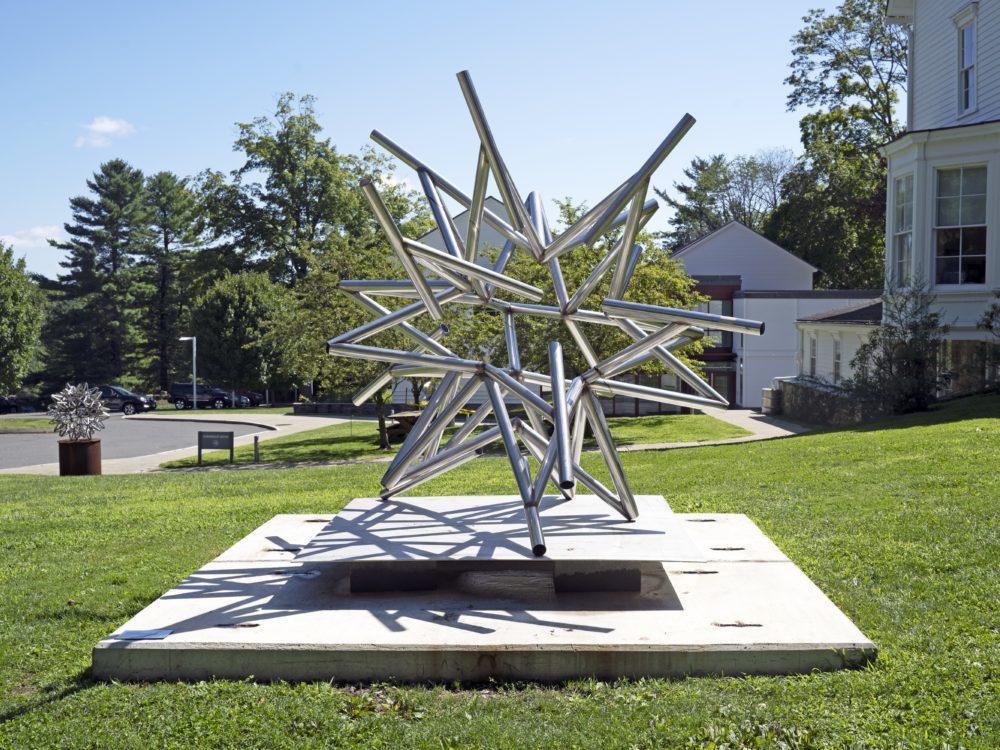