Chow’s process is deliberate and methodical. She begins with a collection of reference images retrieved from architecture and art history books, as well as technical drawings, blueprints, and lifestyle magazines. She selects cornices, canopies, eaves, window treatments, furniture, and decorative objects to build fictionalized edifices where time is suspended. Using drafting tools, Chow chooses patterns and silhouettes from true to life sources and then combines them with embellishments conjured from her imagination. To generate depth and relief, she applies ink to stress shadows and collages hand-drawn cut-outs of windows and doors back into her final compositions. Her female archetypes are lifted from glossy advertisements circulated in popular fashion magazines from the 1970s–1990s. Chosen for their dateless style, the figures are cut to shape and seamlessly inserted via an old analogue technique: the toner transfer. Chow’s “paper dolls” are framed as both protagonist and bystander as they strike mysterious postures that intimate confessions, secrets, and adrift dreams.

Pivoting off the wall, the three-dimensional works, which Chow refers to as “corners” and “rooms” toe the line between drawing and sculpture. Sited on pedestals, her diminutive rooms contain walls, patterned floors, and female figures with details inspired by objects Chow finds on online antique auctions. Resembling both dollhouses and pop-up books, each “room” collapses into a flat object scaled to be held.

The exhibition will be accompanied by the artist’s first museum publication.

Milano Chow was born in 1987 in Los Angeles, California, where she currently lives and works. She has had solo exhibitions at Bel Ami, Los Angeles; Adams and Ollman, Portland; Chapter NY, New York; Galleria Acappella, Naples; and Mary Mary, Glasgow. She was included in the Whitney Biennial 2019 at the Whitney Museum of American Art, New York, and was a 2018 recipient of a Pollock-Krasner Foundation Grant.

“Using reference images from architecture and art history books, technical drawings, blueprints, and lifestyle magazines, Chow chooses a variety of striking architectural focal points in which to place her women subjects. Cornices, eaves, window treatments and furniture build a backdrop where time ceases to exist for these “paper dolls” that the artist pulls from vintage fashion and lifestyle magazines. By viewing these women secluded in grandiose settings, the artist surveys themes of voyeurism, alienation, isolation, gender and social order.”
—CT Insider
“To create her ghostly works on paper, the up-and-coming artist scours books, blueprints, and lifestyle magazines for reference images of furniture and building facades that she methodically renders into exquisitely detailed monochromatic collages using graphite, ink, and traditional drafting tools like rulers and X-Acto knives.”
—Surface Magazine
“While first impressions are often incorrect, Chow’s Prima Facie proves that this isn’t a bad thing, but rather an invitation to get up close to each piece and discover what’s happening behind the façade. Chow’s work is dynamic, welcoming, and layered with discordant and unexpected elements. Simple yet complex, Prima Facie requires a second look.”
—The Brooklyn Rail

Major support for Milano Chow: Prima Facie is provided by The Pollock-Krasner Foundation.

Generous support is provided by The Andy Warhol Foundation for the Visual Arts.

Significant support is provided by The Laurie M. Tisch Illumination Fund and The Poses Family Foundation.

Additional support is provided by Christine and Jeff Boris, Christy and Bill Gautreaux, Susan and Randolph Randolph, and Benjamin and Donna Rosen.

The catalogue for Milano Chow: Prima Facie is generously supported by the Eric Diefenbach and James-Keith Brown Publications Fund. 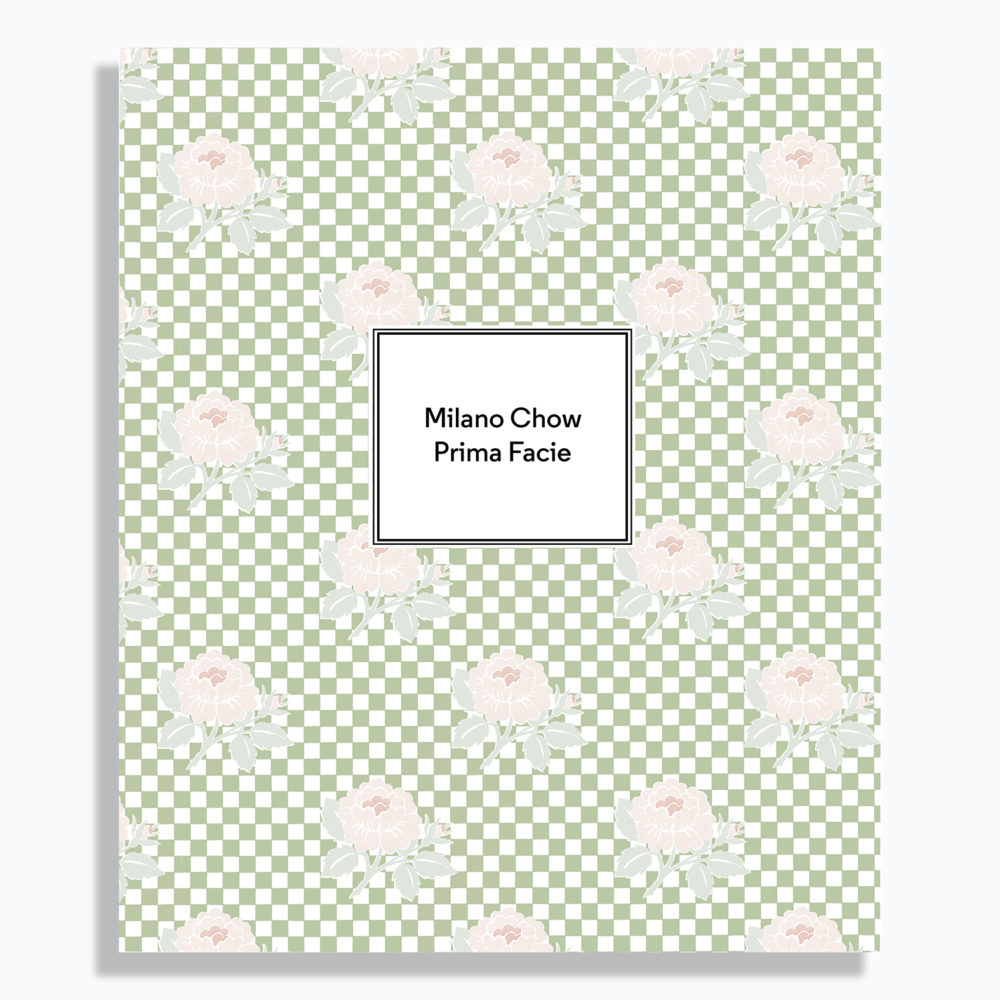