One of my mother’s favorite memories from her childhood in Puerto Rico was finding and attending funerals. She and my Titi Maritza would run around searching for fatalities, checking in on old people, scouring the news. The reason for this very strange and morbid pastime was that, in Puerto Rico, it is customary to serve hot chocolate during funerals. I think about this story every time I see a package of hot chocolate; I think about the lengths to which my mother would go just to secure a cup. She even faked a person’s death once and went door to door with a homemade flyer asking for donations for the burial. She’d hate that I’m writing this, but it must be done. You need to know how important this chocolate was to her, how important this chocolate is to me.

When she recounts this story to me, and as I recount it here to you, we speak in the cyclical time of nostalgia, the false representation of a past event. This present is the future of some past, and this concept, the stacking of temporalities, is a component of what I propose we call “bodega aesthetics.” At its core, bodega aesthetics is a merging of specific objects met with specific experience, and it can be found within local economies such as the corner store or street vendor. It is predicated on and tied to class and culture, as well as signifying the commodity and consumer as being one and the same. We find bodega aesthetics in artworks created by people hailing from inner-city environments, as in the work of Lucia Hierro, a Dominican, Bronx-based artist from Washington Heights.

Formed of chicharrones, corn chips, Takis, and platanitos organized neatly by variety and hanging eight feet high on massive, primary-colored, chip clip strips, Hierro’s Rack works (2019) make a playful nod to Donald Judd’s Stack (1967). In 1965, Judd coined the term “specific object” in an essay of the same name to call attention to pre-established relationships between viewers and “forms.” Through the artist, the object becomes autonomous since its impact on viewers cannot be entirely controlled. There is a certain amount of manipulation and intervention on Hierro’s part. When she repeats the imagery of a chip rack in her work, she emancipates it from its utilitarian identity. The Racks, currently on view at El Museo del Barrio’s first triennial “ESTAMOS BIEN,” serve as a signifier of place, feeling, and culture. The familiar images transport viewers to the local bodega—often a staple within Latinx communities not only for its offered services, but also for its social importance. It’s common to bump into a neighbor there and trade stories about the weekend; the bodega is the place where you learn that Frank retired and Miriam’s granddaughter graduated kindergarten.

The Rack works seem to communicate a desire for the sort of critique attributed to Pop art and other works focused on consumerism, but with a difference. In bodega aesthetics, the emphasis is placed on the collective relationship and experience of the viewer to the object rather than on the object itself. “It’s about local economies,” Hierro says. “When you think about a system that is rigged to a certain group’s benefit—we learned to hack that system to survive.” She presents the local economy not just as a means of sustenance, but as an experience in itself, which, in its gestalt, carries aesthetic value and richness.

Consider Can I Borrow Some Sugar? (2020), installed at Primary Projects in Miami as part of Hierro’s recent solo exhibition “Vecinos/Neighbors.” Standing at just under three feet tall, the large simulacrum of a four-pound bag of sugar, composed of digitally printed suede, foam, and packing peanuts, conveys the magnitude of small gestures. Had Hierro chosen to critique the commodification of Latinx culture, she might have examined the broader collective experience associated with Domino Sugar. In that case, she could have referred to the company’s past use of slave labor in the Dominican Republic. Instead, she chooses to focus on how we realistically form our relationships with products and the inventive and generative ways that the marginalized hack capitalist systems to create smaller local economies that better serve their specific needs. “When a big Crystals or one of those stores is closing,” Hierro says, “there are people—I’m going to call them entrepreneurs—who go in and buy everything, including the mannequin, and they put it all right outside that clothing store, and sell it on the street. Two for five. That’s a hack. It’s about how we have learned to get money up from under them, as Jay-Z would say.”

Can I Borrow Some Sugar? speaks to a particular local economy in New York City, where neighbors in a building borrow and lend out consumables as a means of communal support. Hacking can look like lending your neighbor sugar and them doing the same for you; it means not buying more but spreading what’s already there to keep everyone afloat. Hierro’s piece alludes to how we form new identities and relationships with objects through alternative systems: a half-crumpled bag of sugar becomes a signifier of mutual support and care. The key word here is becoming. By committing a deliberate act of repetition through the use of a specific object, Hierro points to how cultures are produced by cloaking old things in new meanings.

When I make a cup of chocolate, I am likewise committing an act of repetition, but it should be understood that I am not repeating the same action as my mother. After all, I am lactose intolerant, so I make my hot chocolate with oat milk. Hierro’s Embajador (2017) communicates the idea that repetition is not equal to sameness. It serves as a catalyst, forcing a change within the viewer’s recollection of the product (hot chocolate) by presenting more packages of the stuff than the average person would normally buy. The fact that Embajador looks like Andy Warhol stole your grandma’s compra points to the difference—the need to use references to art history as a means to make these ideas accessible to those who recognize their significance, as well as those who don’t. A subtle opacity results from Hierro’s repetition of culturally significant materials and experiences coupled with her playful uses of scale and references to art history. The direct pathway from an object’s image to our understanding and experience of it is occluded by the uncanny pairings of personal experience and art theory. The visual languages merge and form multiple opportunities for new ways of thinking while tearing away at complacent object/viewer relationships. Breaking the cyclical time of habits and nostalgia, Hierro gives viewers space to grapple with these ideas in a nonlinear fashion. The work uses the context of art history to provide just enough opacity for those with cultural relationships to the objects to doubt their habitual understanding of what is in front of them.

The “Mercado” series, featured in Hierro’s first solo museum show, “Marginal Costs,” currently on view at the Aldrich Contemporary Art Museum, aptly illustrates this concept by setting preconceived notions of institutional spaces against notions of mundane items. One of those works, De Todo Un Poco (2017), consists of a larger-than-life amalgamation of the everyday items that a New York City Latinx (Nuyorican) person might consume or come into contact with on any given day. These mundane items—plantain chips, Malta, and lottery cards, all made from felt and digitally printed nylon—become imposing because of their monstrous size; it is an uncanny experience to be in a space where your desires, vices, and the objects you value are isolated and blown up, displayed for all to judge and speculate over. As we begin to investigate the value of these objects to ourselves and others, we might wonder: Why are these things important to me? Why is it important for others to know that they are important? Is it in my best interest to value and consume them?

Hierro views the Aldrich exhibition as an opportunity to expand the discourse and understanding of our interconnected local economies. She asks, “What happens when I’m in Ridgefield, Connecticut, with this exhibition title, ‘Marginal Costs,’ and I’m showing that hustle to people who are probably hedge-fund people? What is the effect of their choices on the rest, and how do we shape our identities and cultures around it?” By including scratch-off cards and lotto tickets, which allude to the business of false hope that usually takes up shop within disenfranchised communities, Hierro’s sculptures invite viewers to reflect on the many ways that one’s personal choices will ripple through others, financially and culturally; she considers her work as demonstrative of the “trickle down of those decisions.” Embajadorputs forth a pile of hot chocolate too colossal to carry. Shattering my nostalgic recollection of the sugary drink, the sculpture instantaneously reminds me that my grandmother is diabetic, my mother is pre-diabetic, and I’ll probably follow suit.

Lucia Hierro’s work is on view in “ESTAMOS BIEN—LA TRIENAL 20/21” at El Museo del Barrio, New York, through September 26, 2021. “Marginal Costs,” her solo exhibition at The Aldrich Contemporary Art Museum, is on view through January 2, 2022. 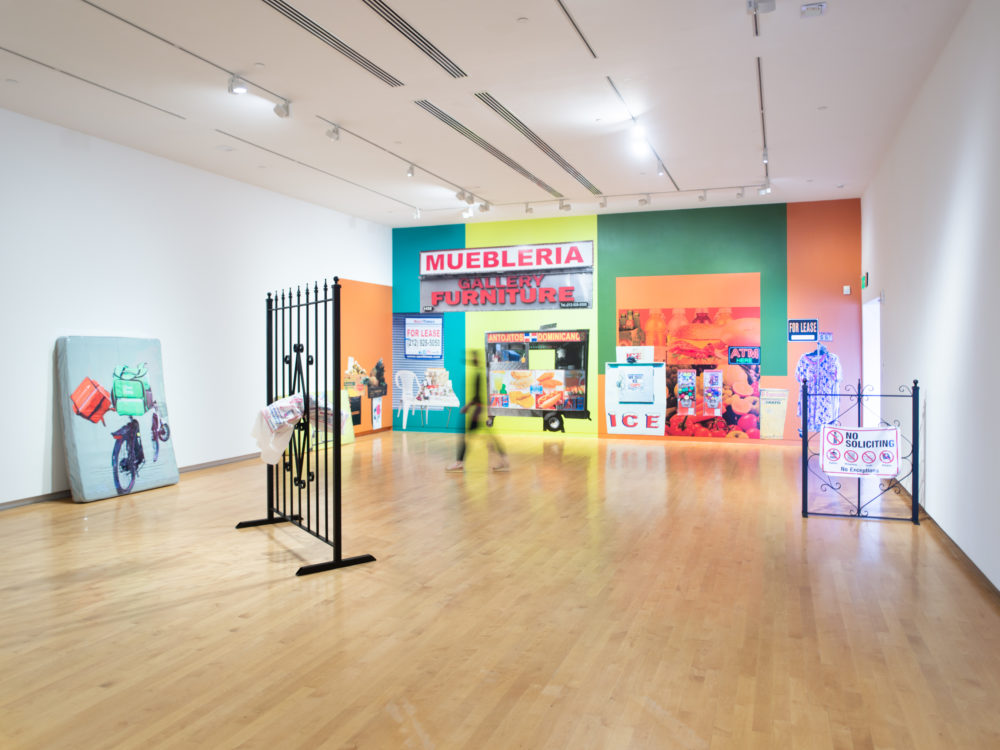 A lone plastic shopping bag, plucked by the breeze, floats gracefully down the street. It is the “muse” of Lucia Hierro, who, although foremost an academic, is also a conceptual artist. 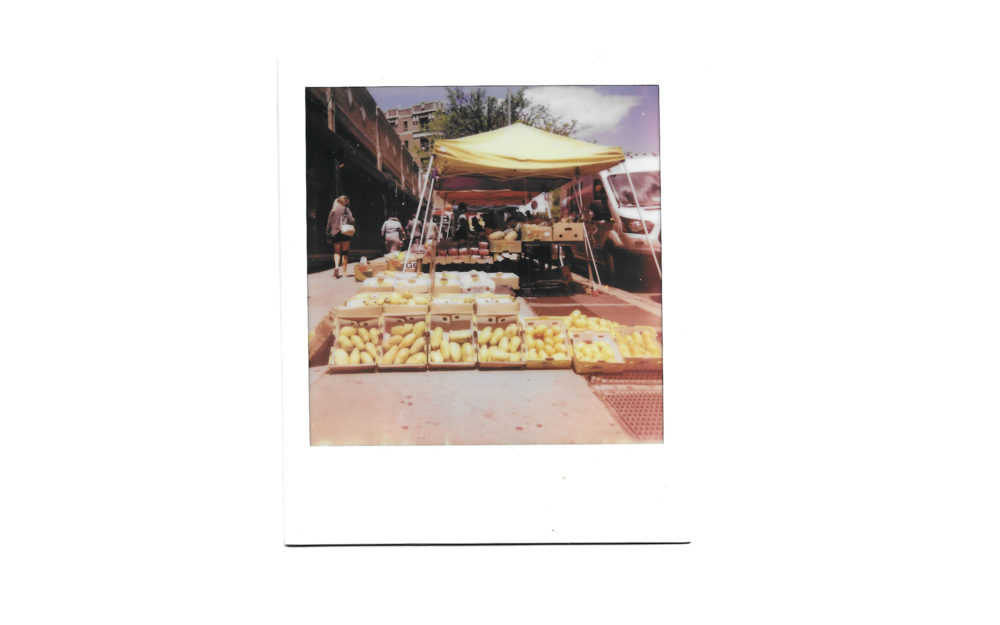 See New York Through the Eyes of Lucia Hierro, CULTURED

Lucia Hierro takes us on a Polaroid tour of her native New York including spots in Washington Heights, the Bronx and Brooklyn where she is currently based. 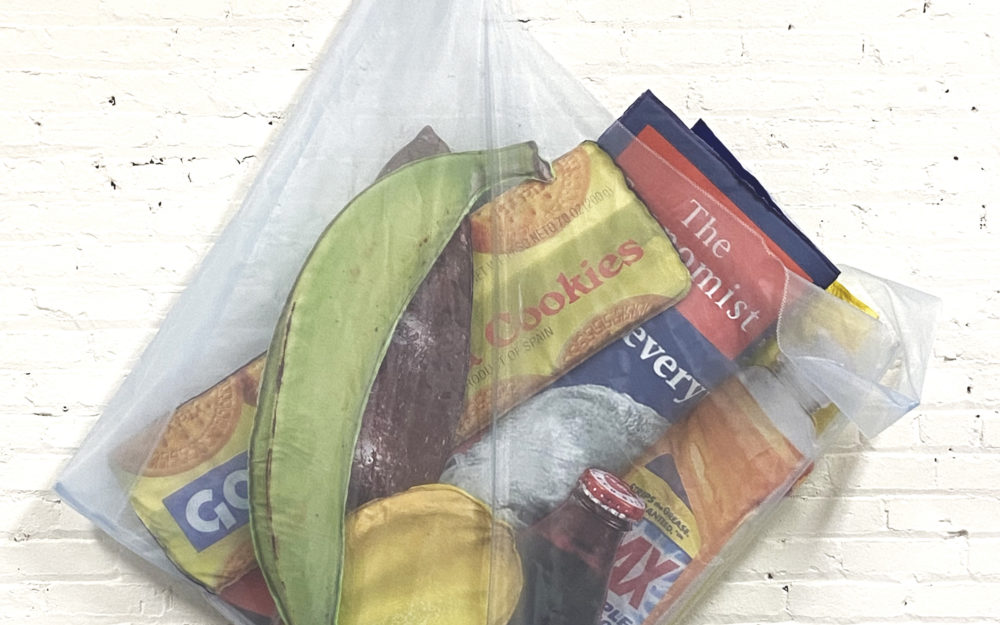 Museum Shows With Stories to Tell, The New York Times

With summer on the horizon after a long pandemic winter, museums are throwing their doors open to tell every kind of story.