It’s grimly appropriate that “Through the Eye of a Needle,” the ceramic sculptor Genesis Belanger’s new show at the Aldrich Contemporary Art Museum in Ridgefield, Connecticut, came together this year. To take in its quirky domestic tableaux—bowls of half-peeled citrus and apple cores, a scattering of stray pills, a vase of flowers with fingers and a pair of lips poking out of it—is to see the home as a theater of the absurd, a place where a spooky unreality pervades one’s daily rituals. The experience of, say, a citywide lockdown amid a global pandemic might have that effect, completely upending our sense of what’s normal; but the contents of “Through the Eye of a Needle”—which was meant to open back in May—predate all that. Looking ahead to a June show at the Consortium Museum in Dijon, France (now rescheduled for next year), Belanger had already finished her pieces for the Aldrich when everything closed down.

“Through the Eye of a Needle” might not be about the pandemic, but its work doesn’t deal with much cheerier stuff. “I had been thinking a lot about loss, about how a loss can be something monumental, like a death, or it can be something small and even positive, like graduating from college,” Belanger says. “Any time there’s a transition, you are leaving something else behind. And in the most extreme instances, when you think about death, people go into a temporary state, because they are in such pain, where they can almost undo their lives.” In her gleefully strange, pastel-tinted objects—devised from a mix of porcelain and stoneware clays—Belanger riffs on the sorts of thoughtful-but-ultimately-tired gestures that people make in sympathy: sending extravagant bouquets, organizing meal trains. (One of the show’s most elaborate displays features a baked ham, deviled eggs, a plate of asparagus, and part of a foot arranged on a dining room table; it’s titled A Fortress of Order and Generosity.) “How do we, culturally, support people through grief?” Belanger asks. “What are the tools we have to support people through these moments? They become sort of trivial.”

The line between substance and triviality, darkness and humor, is one that she’s returned to often. A former set designer assistant and prop stylist, Belanger has forged an artistic practice that transforms the idioms of vintage advertising—lipstick-smeared cigarette butts, disembodied hands with perfect manicures—into uncanny commentaries on modern consumerism. “It’s really interesting to see what the team that created those images might have utilized to convince somebody to buy the product they’re selling—the shorthand they use and the way that they underestimate, or accurately understand, their audience,” she says. “And how, at times, it’s so infuriating to be manipulated and reduced and also absurd. In that absurdity, I find humor—or try to.”

Amy Smith-Stewart, senior curator at the Aldrich, was on board with Belanger’s creative vision right away when she encountered the artist’s work at a small group show in 2016. “Genesis was showing three objects, each on a shelf, that had very Pop art-facing guises, but also had a kind of feminist agent inside of them,” Smith-Stewart recalls. What she saw reminded her of Claes Oldenburgand Surrealists like René Magritte and Man Ray, but Belanger’s kinship with certain female artists seemed even stronger. “Because of the humor she’s using, there’s a kind of subversive element, which I think you find in some of the women Surrealists,” Smith-Stewart says. “Just look at someone like Meret Oppenheim or Kay Sage, and women Pop artists like Marisol or Alina Szapocznikow—there’s definitely a kind of all-knowingness.” Where the men fragmented the female body to objectify it, the women, like Belanger, worked with more of a wink.

Still, within the context of the pandemic, Belanger’s melted candles, spent matchsticks, and aforementioned fingers, lips, and feet wield a new significance in the fall of 2020. There is, as Smith-Stewart puts it, a “frozen-in-time quality” to what appears in “Through the Eye of a Needle.” Homing in on things left behind—from gifts to body parts—the show both exaggerates the weirdness of social ritual and dwells on the markers of absence. “Because there might be a bite taken out of an apple or a hand coming through the bouquet, you have a palpable human presence—a trace of a human condition—but the atmosphere is deserted of the human figure,” Smith-Stewart says. For that reason alone, the pieces will resonate. “I have a feeling that this exhibition, although it was made before all this happened, is going to take on an entirely different tenor,” she says.

“Genesis Belanger: Through the Eye of a Needle” is open from September 21 to May 9, 2021. For information on the Aldrich Contemporary Art Museum’s current visiting guidelines, see here 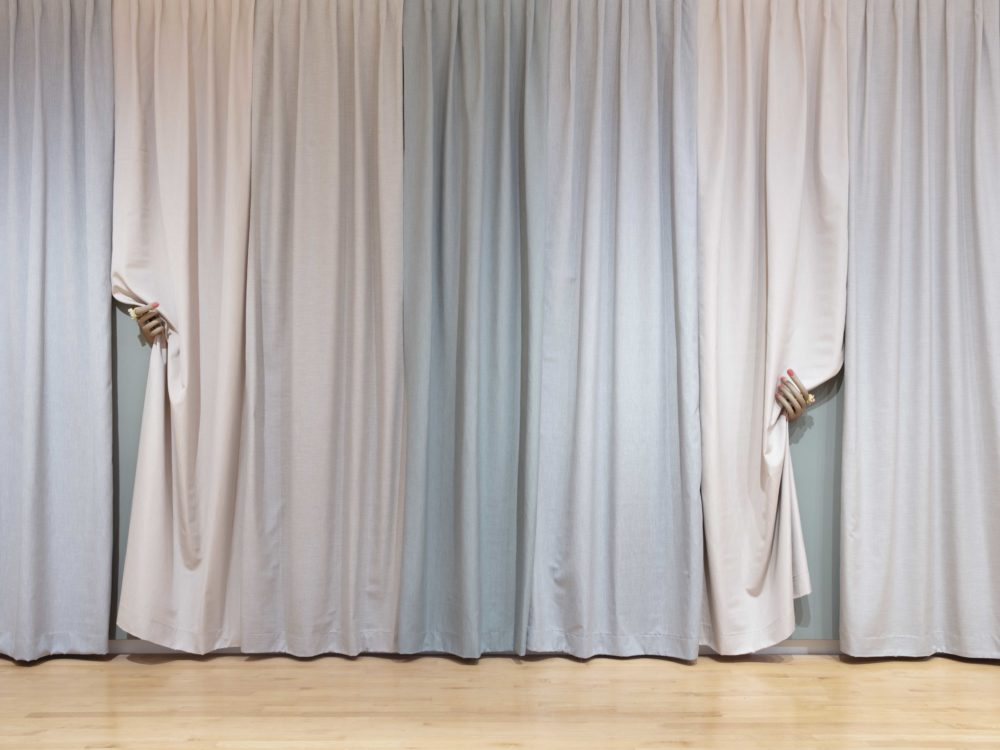 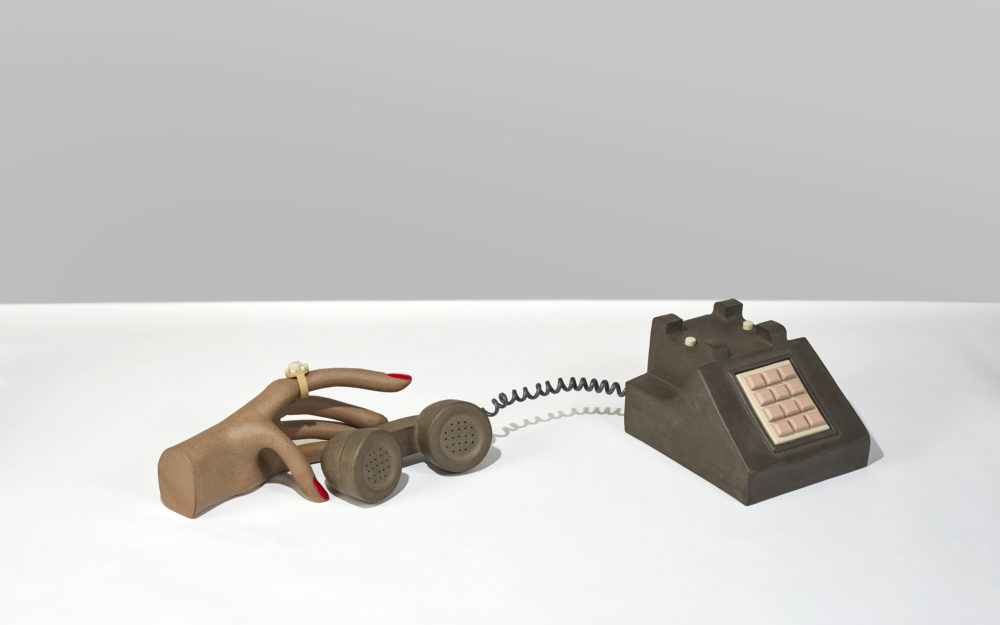 Top image: Genesis Belanger, You Never Know What You're Gonna Get