With The Aldrich Care Boxes, A Museum Proposes A Radical New Model, Forbes

There is a lot that has changed because of the pandemic. A recent survey by the Partnership for New York City found that employers expect that 56% of workers will continue to work remotely at least part of the time, even when the pandemic is over. The same survey found that only 6% of companies expect that business travel will ever return to pre-COVID levels. The Pew Research Center estimates that one in ten American adults moved due to financial pressures related to the pandemic. Universities may adopt virtual learning permanently.

Will museums change as well? It’s hard to predict. During the pandemic, the Aldrich Contemporary Art Museum in Ridgefield, Connecticut, has been experimenting with ways to bring art out of its white galleries, and into homes within the local community. They are doing so with the Aldrich Care Box, a series of five identical boxes featuring artworks by Ilana Harris-Babou, Clarity Haynes, Athena LaTocha, Curtis Talwst Santiago and James Allister Sprang. Tackling themes of care, grief, intimacy and healing, the boxes are released to viewers much like library books. Anyone from the public is invited to go to the front desk of the museum, sign out a box, and then take the Care Box home for a week — white gloves are provided for safe handling. The Aldrich Care Boxes are available through December 31, 2021.

“The box is a miniature museum, a viewing space, a crate,” says Senior Curator Amy Smith-Stewart, who along with Director of Education Namulen Bayarsaihan, conceived of the idea for the care boxes. “There’s an opportunity to install these artworks in your own home, among your own things.”

In a way, Smith-Stewart notes, this brings the artworks closer to their moment of creation. Artworks are not created in sterile white galleries, where they are imbued with an almost holy power. Instead, they are created in the studios and homes of the artists who conceive them, messily, amongst their own things. “We think of art over here, and life over there, but art is created from life,” Smith-Stewart says.

The idea for the Aldrich Care Box sprang from the early period of COVID-19 lockdown. Although the museum’s interior was closed to the public, the two-acres of grounds, which house monumental sculptures, were open. During the day, they were filled with people walking their dogs, or escaping from New York City for the day. The museum saw that people wanted to experience life in person. “Digital offerings lack a personal connection,” Smith-Stewart says. “We tried very quickly to incorporate more tangible things.”

At first, the museum sent out postcards featuring artwork by artists affiliated with the museum to its mailing list. Then, it commissioned limited edition masks. “We realized the survival of so many artists were on the line,” Smith-Stewart says. The commissions, no matter how small, provided income.

The Aldrich Care Box, which was released to the public on January 31, was modeled after medieval portable altars; Fluxus Boxes of the 1960s and 70s; and Marcel Duchamp’s Box in a Valises (From or by Marcel Duchamp or Rrose Sélavy). The difference being that owning one of the aforementioned is a privilege reserved for only the very wealthy — one of Duchamp’s boxes sold at auction at Christie’s in 2017 for $529,602, for example. But lending one of the Aldrich Care Boxes is absolutely free, and available to everyone. It’s a nice touch of democracy in a time when inequality seems especially crushing.

The items in the box are, collectively, cheeky, exquisite, thoughtful and interactive. Ilana Harris-Babou has re-created items typically sold to facilitate “self-care” — a rose quartz face roller, a jade Gua Sha massage tool, a bottle of lotion — out of resin, in a way that seems to poke fun of the way that we order these beautiful little objects with hopes of transforming our lives, but never actually use them as intended. Instead, they become decorative objects in our bathrooms.

Curtis Talwst Santiago has created exquisite dioramas in vintage jewelry boxes that capture moments of bliss — a spring day in a flowering meadow, a pleasure cruise on the canals of a city.

Athena LaTocha has created small sculptures made of concrete and wood that are meant to be experienced through touch.

And Clarity Haynes has created five notebooks, replete with multi-media covers, that invite lenders of the box to write down their thoughts using prompts.

It’s a beautiful thing to live with artwork; the pleasure, historically, has usually be reserved for the very wealthy. Could the Aldrich Care Boxes represent a sort of paradigm shift for museums in which they break down their own walls and facilitate making art more accessible to ordinary people? Even if that’s financially unrealistic, it’s nice to think about. 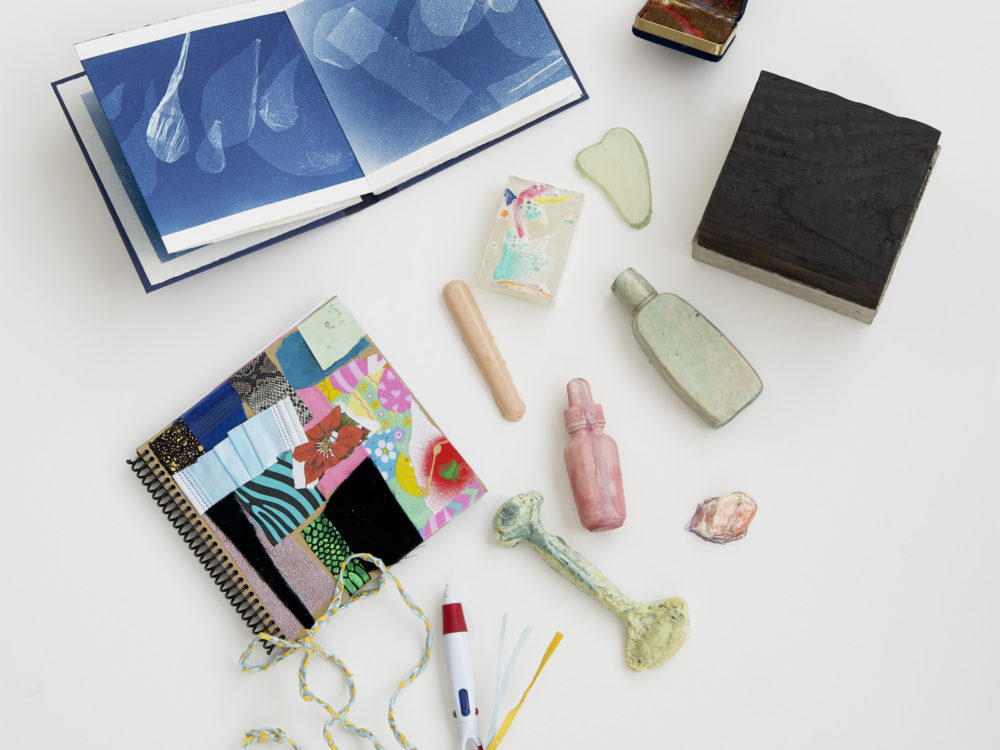 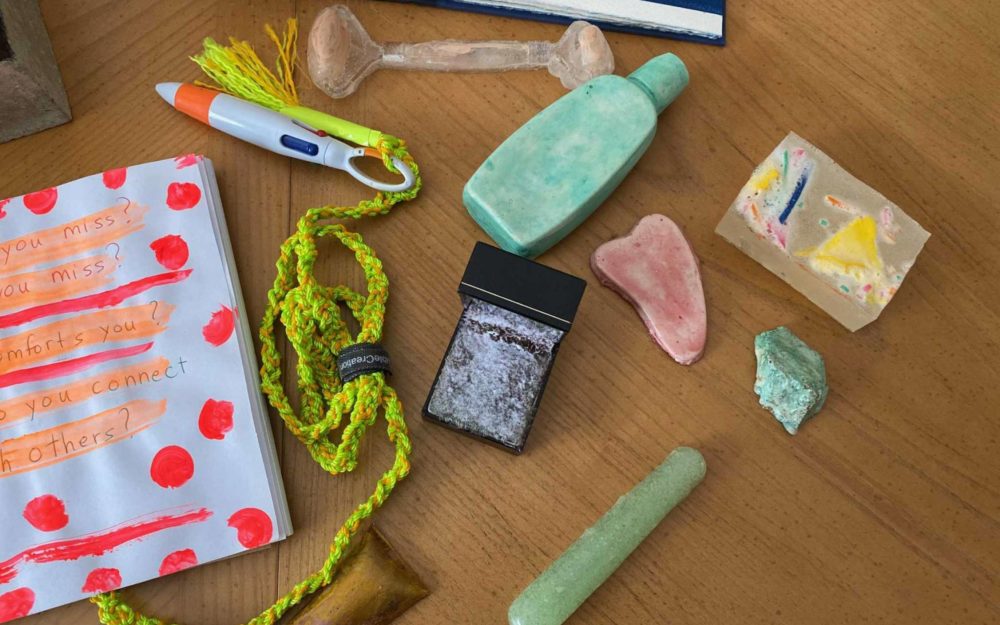 A world without art would be a gloomy and dreary place and while art lovers can visit some museums or take a virtual stroll through exhibitions, the COVID-19 pandemic has distanced many not just from their social circles but also from art.