Over a career spanning thirty years, painter Duane Slick has consistently pursued a vision to integrate secular Modernist abstraction with the beliefs and traditions of his Native American heritage. Duane Slick: The Coyote Makes the Sunset Better will be the artist’s first solo museum exhibition, bringing together over 90 paintings, prints, photographs, and video, all made within the last five years. The selected works include the artist’s ongoing series that reference the coyote as a seminal figure in indigenous culture, as well as paintings that reflect both the landscape of Slick’s upbringing in Iowa and the symbology and beliefs of his heritage as a citizen of both the Meskwaki (Fox of Iowa) and Ho-Chunk (Nebraska) Nations.

As a child Slick was told by his parents to be circumspect when speaking of his culture to others, as European civilization had taken so much from Native peoples since its conquest of the Americas. Slick found a way around this injunction: he could speak of his background through pictures and the natural ambiguity that comes with image-making. This way of working has potently informed the artist’s practice, not acting as a detriment, but rather as an advantage, allowing Slick to communicate in a language that is nuanced and as complex as his subject matter.

The visage of the coyote in the artist’s work is derived from a handful of folk-art coyote masks that the artist acquired in Guanajuato, Mexico. The mask is used to define and reinforce architypes in traditional cultures, and Slick’s projection of the coyote’s persona through the mask amplifies the role that the animal has played in the mythology and folklore of indigenous people throughout North America. No other figure is as central to Native American story telling as the coyote, with the animal functioning as both a demi-god and a trickster, simultaneously embodying wisdom and foolishness. In Slick’s work, the image of the coyote is constantly shape- shifting, reveling in the creature’s infinitely mutable character, one that is often considered a being without a physical body.

In larger paintings, Slick combines total abstraction with veiled representation. Both the Meskwaki and Ho-Chunk are woodland tribes, and the artist’s color sensibly reflects the muted tones of their ancestral homelands. Meskwaki translates into “people of the red earth,” and Slick’s subdued palette is frequently enlivened by red pictorial elements. Frequent appearances of ghostly silhouettes of grasses and other plants in Slick’s work also speak directly to the Iowa landscape that informed his upbringing. The horizontal striped format favored by the artist grew out of paintings that featured American flags, a series Slick began after the death of his father, who served in the U.S. military during the Korean War.

The exhibition will feature over 90 works, including a new experimental video projection made in collaboration with the artist Martin Smick. Growing out of a project by Slick and Smick in 2018 at the Haffenreffer Museum of Anthropology at Brown University, the video is based on 3-D scans of coyote masks in Slick’s collection.

Duane Slick: The Coyote Makes the Sunset Better is curated by Richard Klein, Exhibitions Director, and will be accompanied by a eighty-page catalogue, the first major publication of the artist’s work.

“It was around this time his work began to tell the stories of his heritage and the coyote became a key motif. Slick began collecting stories from his parents and Native American poetry. 'I was just interested in the kind of voice that they had and I decided to let the trickster character, the coyote, begin to make the work for me,' he said.”
—CT Insider
“'The coyote, he was a voice basically,' Slick explains. 'Somebody who’s willing to either engage-or not engage-certain types of issues, or perform in a certain type of way that’s expected.'”
—Forbes 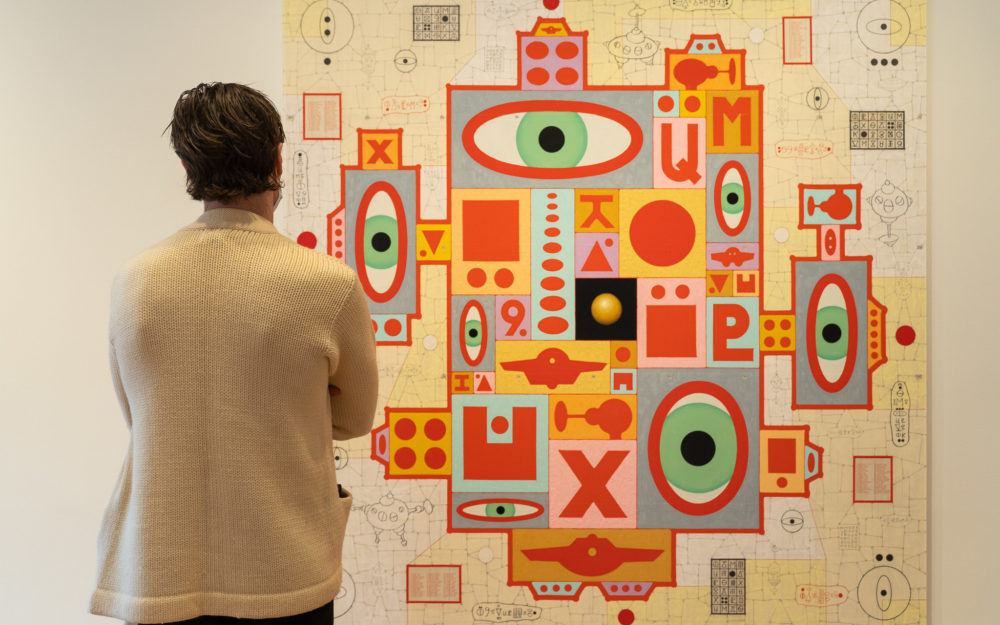 Visit the Museum for FREE the third Saturday of every month. Participate in a Story Time at 10:30 am and a Family Tour of Karla Knight: Navigator at 1 pm. 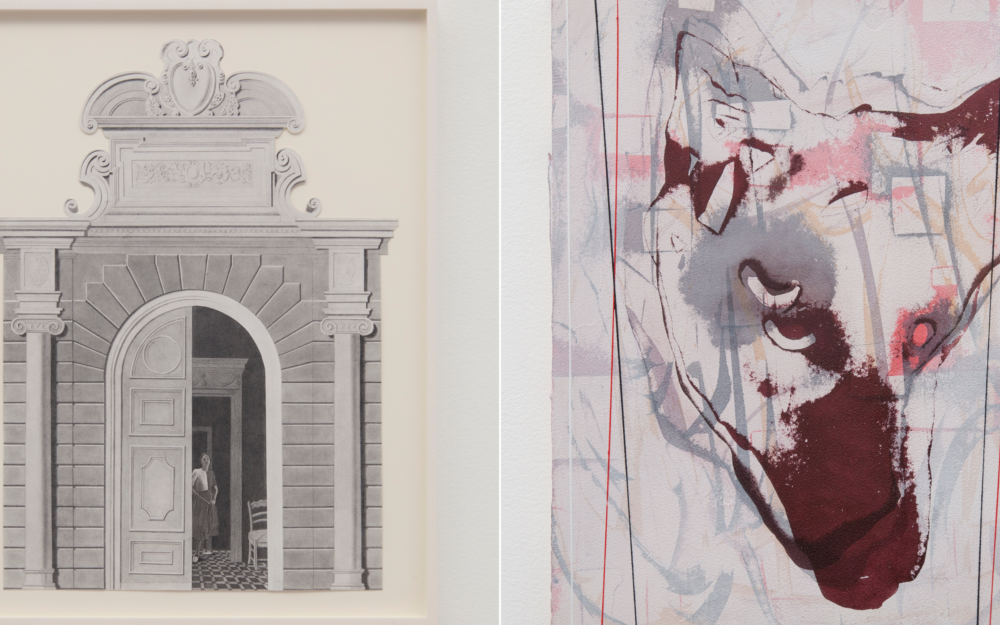 Join Ridgefield Poet Laureate and Aldrich Educator Barb Jennes in this poetry workshop as she guides a group in observing select works in the newest exhibitions by artists Milano Chow and Duane Slick. 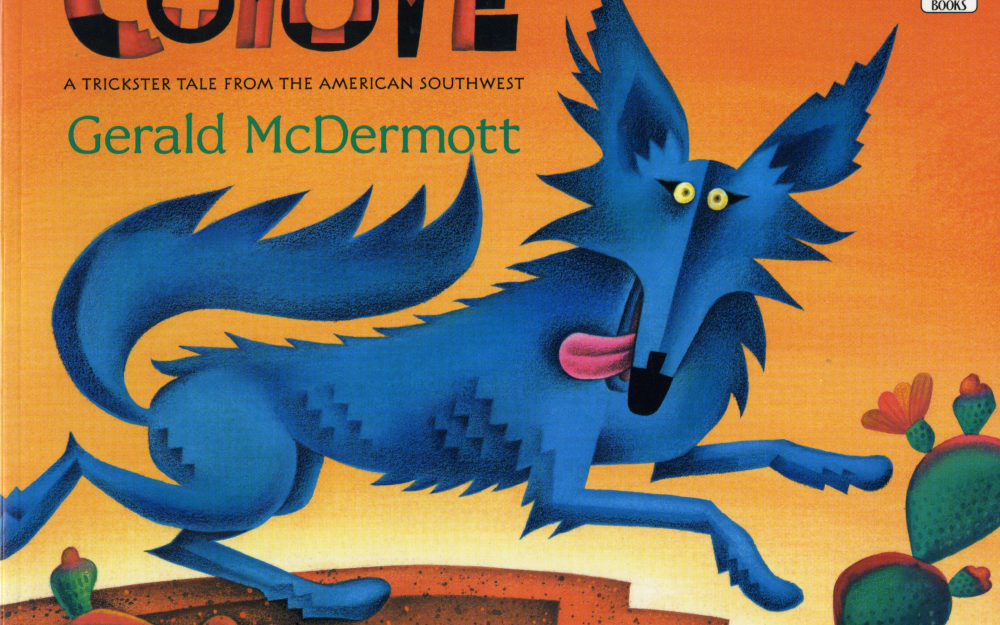 Story Time for Little Ones: Coyote, A Trickster Tale

Explore Indigenous storytelling in Duane Slick: The Coyote Makes the Sunset Better with a family-friendly reading of Coyote: A Trickster Tale from the American Southwest by Gerald McDermott in the Museum’s galleries. 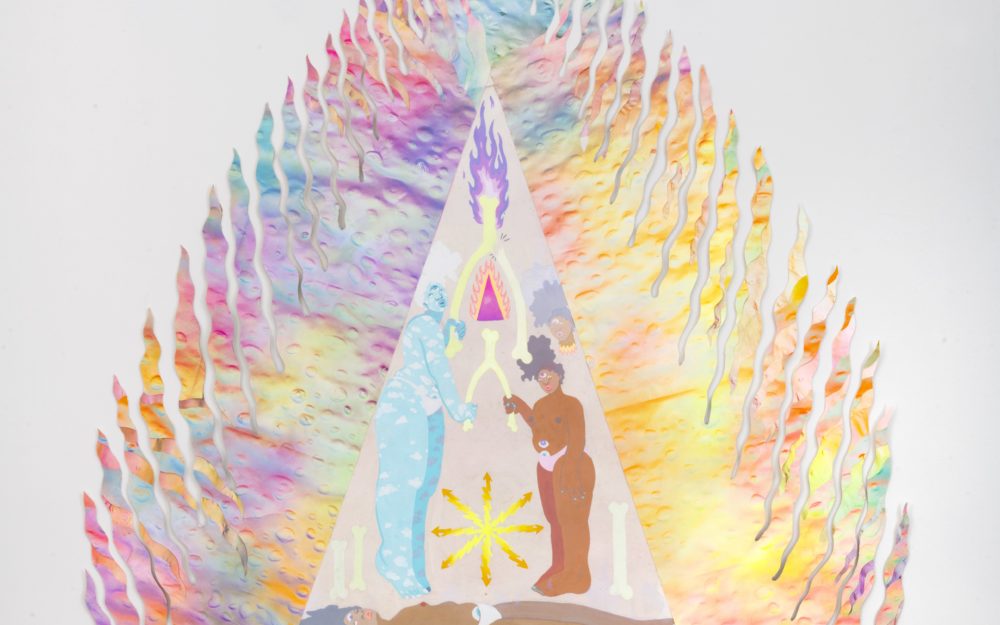 Visit the Museum for FREE the third Saturday of every month. Participate in a Story Time at 10:30 am and a Family Tour of Milano Chow: Prima Facie at 1 pm.

Drinks with the Director

Join The Aldrich’s Executive Director, Cybele Maylone, for a tour of the Museum’s current exhibitions followed by drinks in the Atrium.

Top image: Duane Slick, Midnight in the Metaphysical Economy, 2021. Courtesy of the artist