Putting Pencil to Paper, in Galleries and in the Voting Booth, The New York Times

Drawing may be the most ancient art, dating to when early humans first scrawled images on cave walls. But this adaptable, affordable and accessible practice is also experiencing a resurgence in this turbulent year. Drawing’s capacity to chronicle events in real time has made it a powerful means to reflect on volatile election campaigns, a deadly pandemic and economic and racial inequality.

“Drawing allows for the most freedom, it’s easily accepted, it doesn’t require such a critical eye,” said Walter Price, one of 105 contributors to the show “100 Drawings From Now,” running through Jan. 17 at the Drawing Center in Manhattan. “There’s more openness in drawing, more sharing in drawing, more discovery.”

The exhibition’s organizers conceived “100 Drawings” last April as “a snapshot,” said Claire Gilman, the center’s chief curator. They called on an international range of artists, including those in their 20s as well as eminences like William Kentridge, Annette Messager and Giuseppe Penone. Penone’s “Fleuve (D4049),” which depicts a wraithlike figure lost in swirling currents, with a fingerprint for a head and branchlike arms, was drawn in 2019 but seemed too emblematic of the present not to include.

“Twenty Twenty,” which opened two weeks ago at the Aldrich Contemporary Art Museum in Ridgefield, Conn., and closes on March 14, has narrower parameters: Its 71 works are by only seven artists, who in late 2019 were asked to capture 2020 with drawings they based on photographic images.

“There’s a debate about truth and how truth is filtered through the media,” said Richard Klein, the museum’s exhibitions director. “Working from photographs was an interesting way to comment on that.” (In a nod to photojournalism, the show’s catalog is in the form of a 12-page newspaper.)

A third set of 2020 drawings by the Washington artist Toni Lane, which were acquired by the Library of Congress, is currently viewable only online. Mostly colorful and Cubistic, the works address the fears and restrictions the coronavirus has engendered.

“This is part of our collection of pandemic-related materials,” said Katherine Blood, curator of fine prints in the library’s Prints and Photographs Division. She sought Ms. Lane’s drawings, she added, because “there’s a lot of content, as well as moving, compelling art.”

Although the curators wanted to reflect the moment, the artists had considerable latitude. “Twenty Twenty” includes both works based on this year’s news images, like Oasa DuVerney’s depiction of President Trump at a prayer meeting with Black faith leaders in February, and those that use the past as a lens, like Martí Cormand’s perspective-shifting riffs on a 1935 photograph of a guard outside the National Archives.

Some artists were inspired by even earlier traditions. Diana Shpungin’s “Still Life (Triptych),” a three-screen animation of 280 hand drawings that she created from videos she shot, pairs a restful soundtrack with the skeletal, floral and hourglass motifs of Philippe de Champaigne’s 1671 “Still-Life With a Skull.” The centuries-old canvas is a vanitas painting, which confronts the viewer with life’s fragility.

“My work is a quiet little gesture, comparatively,” Ms. Shpungin said. “But I like subliminal messages.”

At the Drawing Center, Cecily Brown’s “Untitled (After Franz Snyders),” recalls another 17th-century artist’s meditation on death, while Daniel Lind-Ramos’s “Sketch for ‘La Loca’” draws from Puerto Rican folklore. La Loca, a female festival character, cleans everything in her path, much as the world has been instructed to do during the pandemic.

“In addition to being an allegory for hygiene,” La Loca “manifests herself to ward off our fears or drive away disease,” Mr. Lind-Ramos wrote in an email.

Laura Hoptman, the center’s executive director, stressed that everything in the show was deliberately unframed, allowing close examination. “Glass is wonderful, but it’s also a barrier,” she said. “This is a radically democratic look.”

Democracy was just as important an organizing principle for Mr. Klein. He has not only given his artists free rein in how they present their work but has also offered them two opportunities to rearrange it. In December, after the elections, and in February, after the presidential inauguration, they can alter or replace the art in “Twenty Twenty,” whose title refers not just to the year but to the popular adage about hindsight. Marking a ballot, Mr. Klein noted, is itself an act of putting pen to paper.

“The artists in some sense are voting by creating these drawings,” he said. “They’re creating images that they believe have political import and social import.”

Those images include multiple portraits of powerful figures by Judith Eisler and William Powhida. Interestingly, Representative Alexandria Ocasio-Cortez, Democrat of New York, and Kamala Harris, the Democratic nominee for vice president, are featured in both artists’ works for “Twenty Twenty.” After Ms. Harris joined the ticket, Ms. Eisler rushed to add the candidate’s image to a group that also features the singer Billie Eilish and an anonymous hospital nurse. “It had to be about strong women who effect change,” she said.

Portraits appear throughout “100 Drawings” as well. One of the most haunting, “A Message to the President of the United States,” by the Bahamian-born artist Lavar Munroe, depicts a Black man’s face, gashed, battered and bloody, drawn on the White House envelope in which Mr. Munroe received his notice of American citizenship.

Ms. Lane’s chalk pastels in the Library of Congress also speak loudly to the viewer. “Seniors First” features a frightened older woman amid a store’s empty shelves; others, like “Cover Your Mouth” and “Stay Home,” illustrate the perils of not taking that advice. “I think this whole epidemic taught us to be more prepared for things, because we weren’t prepared for this,” Ms. Lane said. “And we’re still not prepared.”

Other artists, however, resist seeing their works as messages. At the Drawing Center, Mr. Price’s “Scarecrow” captures a scene from the 1978 film “The Wiz.” The drawing’s scarecrow, hoisted on poles and with charred marks on its torso, could evoke lynchings or crucifixion. Mr. Price, however, who is African-American, said he did not have Black Lives Matter consciously in mind, though he welcomed viewers’ interpretations. Still other drawings in the show are pure abstraction.

The “how” can be startling: “100 Drawings” encompasses collages, watercolors, mixed media, a carving and materials including vegetable fibers, flower petals and an epoxy-coated dried tortilla. But most of these 2020 works underscore the simple primacy of the drawn line.

“If we cannot be together, then how do we express a connection to each other and to the world?” Ms. Gilman said. “I think, in this moment, drawing seems to fill a very important void. The next-best thing to actually having the world is to touch it on paper.” 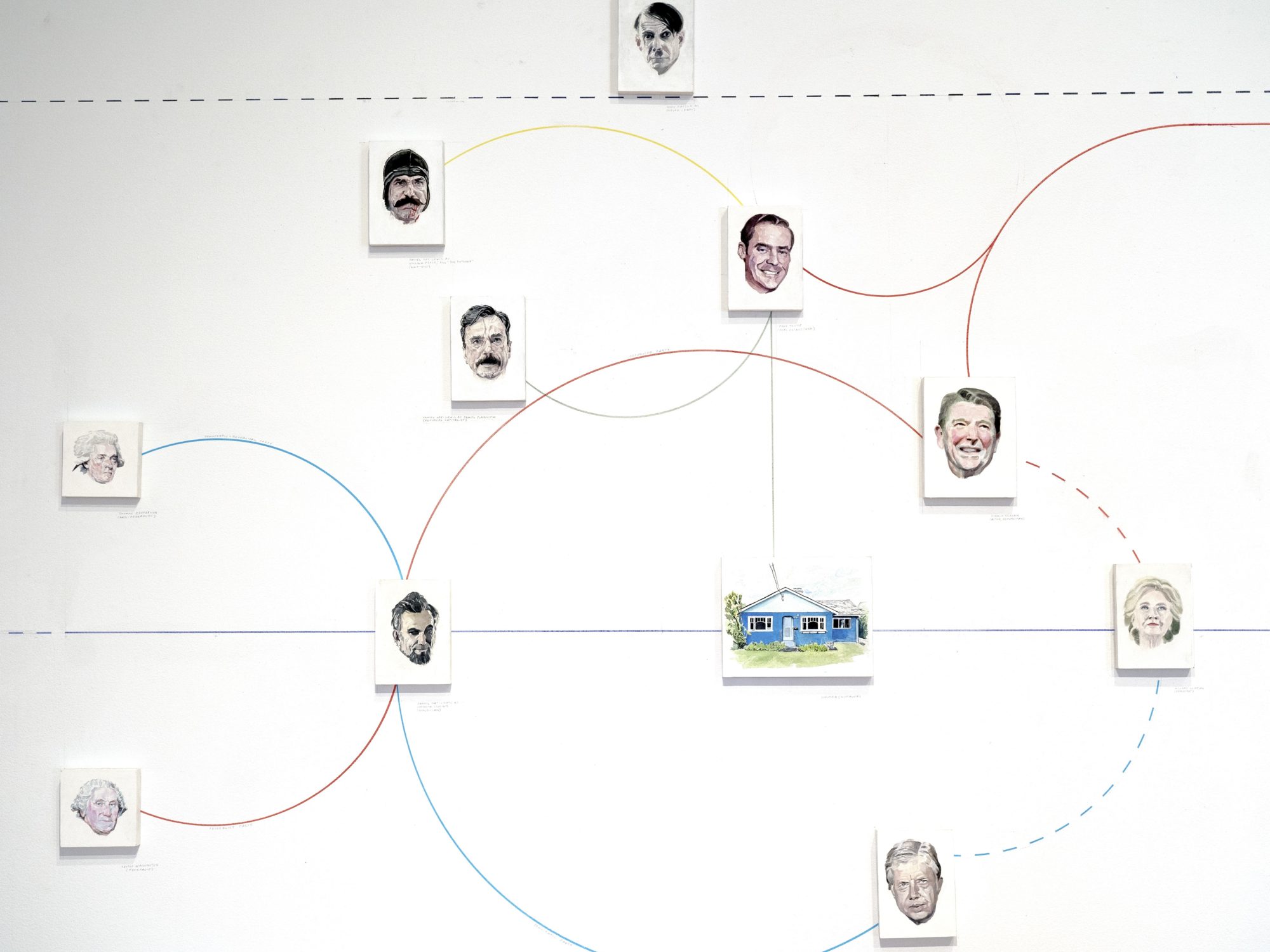