The Aldrich Contemporary Art Museum looks back at a 1971 exhibition devoted to women and puts their work in conversation with emerging feminist artists.

When “Twenty Six Contemporary Women Artists” opened in 1971 at the Aldrich Contemporary Art Museum in Ridgefield, Conn., it was the first exhibition of its kind in this country, organized by the feminist art critic Lucy R. Lippard as a direct response to the vast underrepresentation of female artists in museums and galleries. It spawned a wave of similar all-women shows throughout the 1970s.

“Lucy’s show was the gateway to visibility, the start of a career for me,” said Mary Miss, a pioneer in environmental art, who used corrugated paper to make an imposing construction of concentric circles that filled an entire room at the Aldrich.

Howardena Pindell was one of three women of color included, along with Adrian Piper and Louise Parks.

“It could have been zero,” said Ms. Pindell, who remembered being the only Black person in her classes at Boston University and then Yale. “Lucy was out there for me in a way that was unexpected.”

Ms. Pindell showed a 12-by-12-foot soft grid sculpture, tacked to the wall and sagging onto the floor — what she described as a “portable grid” and a tongue-in-cheek comment on the prevalence of minimalist sculpture by men.

Five decades later, the Aldrich is restaging Ms. Lippard’s landmark show in juxtaposition with works by 26 female-identifying and nonbinary contemporary emerging artists. The exhibition, “52 Artists: A Feminist Milestone,” opens June 6 and takes over the entire building.

It “shows the legacy of this really important first feminist activist gesture,” said Amy Smith-Stewart, senior curator at the Aldrich, who organized the show with the independent curator Alexandra Schwartz. “It’s important for younger generations of artists to see the continuity with the generations before and how their work fits into this equation.”

In her 1971 catalog essay, Ms. Lippard grappled with what might constitute “women’s art” — a topic of great interest at the beginning of the women’s movement, she said in a recent interview. She included work that was abstract, figurative, minimal, maximal, site-specific, conceptual and performative, concluding that nothing definitive could be stated about a feminine sensibility. “There were no stylistic similarities at all, it went right across the board,” Ms. Lippard said, reflecting on the show.

That didn’t stop people from trying to find them.

Ms. Miss did not buy into that scenario, then or now. “People have defined feminism so narrowly — it’s never been about imagery,” she said. “It’s a different way of thinking. I wanted to use the room and use these flimsy materials to make something materialize.”

“This idea of taking down boundaries and not respecting the limited roles that we were being assigned as women, as artists, is something that has stayed with me,” she added.

The kind of openness and pluralism embodied in the original show was “foundational for younger generations of feminist artists to come,” Ms. Smith-Stewart said. “That generation of artists in the ’60s and ’70s really broke down all this binary thinking and allowed for more fluidity.”

In selecting the 26 younger artists, born in or after 1980, the curators used similar parameters to Ms. Lippard’s: They are all New York City-based artists who have not had a solo museum exhibition yet.

But while the original 26 were largely white and American, the new cohort reflects the globalism of today’s art world in New York, with 19 artists of color and immigrants from 10 countries, including Leilah Babirye from Uganda, Maryam Hoseini from Iran, Susan Chen from Hong Kong and Lizania Cruz from the Dominican Republic.

“There is still a lot of work by feminist artists about creating new mythologies, alternative archives and histories, autobiography,” Ms. Smith-Stewart said. “But for a queer feminist artist born in Ciudad Juárez or Tehran, they’re coming from very different experiences.”

Ms. Babirye fled Uganda in 2015 after being outed as gay by a local newspaper, and received asylum in the United States in 2018. Participating in this exhibition “felt like an amazing opportunity to look at what those artists did and what they’re still doing and what we’re doing in our generation,” Ms. Babirye said.

For the new show, she has carved a nine-foot-tall figure wearing a headdress evocative of the pope’s hat. “It’s a woman, it’s a man, a trans, a gay — I leave it to the public, whatever they want to name it,” she said.

LJ Roberts, who identifies as nonbinary, is using stones dug from the grounds of the Aldrich and the nearby home of a former camp counselor — their first queer friend.

The artist is building a literal stone wall as a kind of monument around a light box presenting a photograph taken in their hometown, Detroit, with “DYKE” spray-painted on a building.

“It harkens back to an event I wasn’t alive for,” the artist said, referring to the 1969 Stonewall Riots for gay liberation that artists in the original show would have experienced firsthand. “For me, a big part of feminist art practice is always this kind of building something and then tearing it apart.” They plan to dismantle and scatter the stones after the exhibition.

Half of the original 26 artists are also contributing contemporary work from the last decade, including Alice Aycock and Mary Heilmann, who have had prominent careers, along with Ms. Pindell and Ms. Piper, both the subjects of high-profile retrospectives in recent years. Others, including Reeva Potoff and Grace Bakst Wapner, have had far less exposure.

“It’s important to show some of these artists haven’t disappeared, they’ve been working all along,” Ms. Smith-Stewart said. “I think it’s another metaphor for feminism. It’s always a struggle. It’s always a repair and reinvention.”

In terms of gender equity, Ms. Lippard expressed disappointment at the statistics about the number of women represented by New York and Los Angeles galleries, as reported in the Gallery Tally by the artist and curator Micol Hebron.

“I would have thought things were better than what turned up,” Ms. Lippard said. But she is heartened by the recent focus on Black artists. “Suddenly, somebody’s paying attention,” she said. “That happened with feminism, too, or has happened a couple of times.”

The widespread acclaim that artists of color are receiving, particularly since the Black Lives Matter movement, also reminds Ms. Miss of the intense visibility female artists suddenly had in the 1970s. But she can remember when that turned off like a light switch in the ’80s.

“There was a very immediate cutoff where it was like, ‘OK, we’ve got that taken care of,’” she said. “I wish I could convey to these young artists of color, who are getting this attention now, that they shouldn’t let that happen again. They should really demand that the spotlight not turn off.” 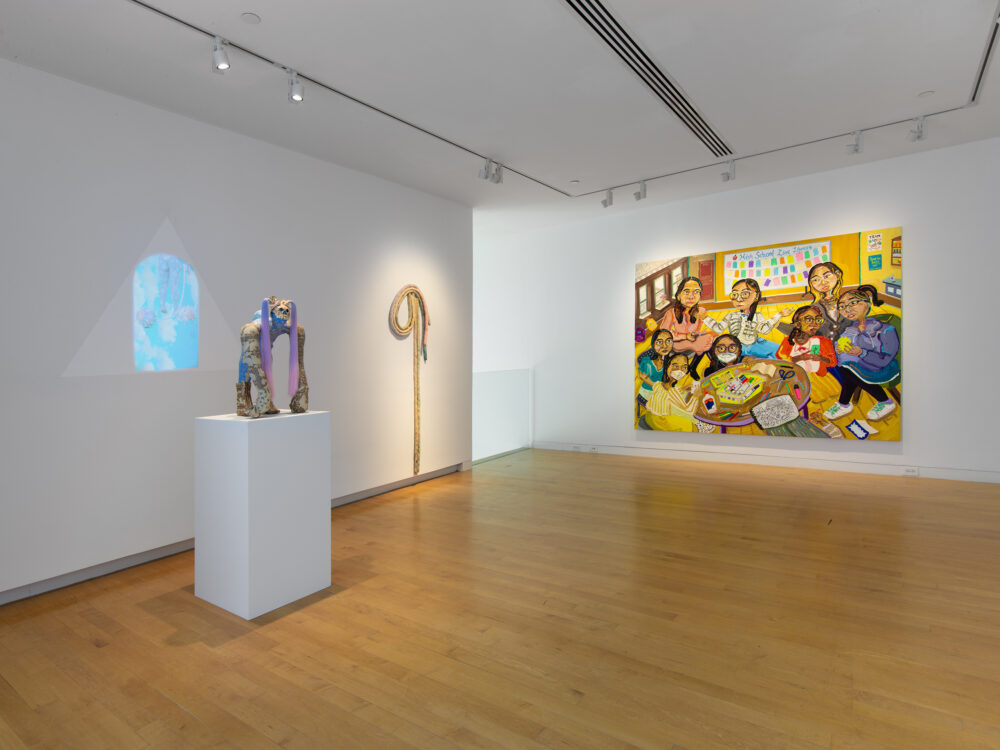